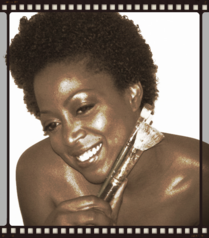 Trinidadian born Artist, Alicia Aberdeen made the move in the early 2000s to migrate to the US (New York City) in pursuit of her artistic passions. With no real clue as to the landscape she would have to navigate, Alicia delved in and literally started from scratch. The fact that she is blessed with an abundance of natural artistic talent is certainly helping her along the path. And with a body of work that spans over 15 years, her range is wide-reaching.

Aberdeen came to New York in 2002 and started the quest for knowledge in the arts and in the life ways of this ‘new’ environment. She first got an internship at The Brownstone in Harlem, New York, where she started learning the business side of things. She then re-employed her corporate skills and studied at Villanova University when she worked for a Cisco Partner for five years in a management capacity and then ventured off on her own into the Art World in 2010. Her very first showing, however, was early in her journey and years prior at a time when experience in the field was non-existent for her.

The exhibit was at her native Trinidad and Tobago Consulate in New York City in 2005. The show featured six artists of Caribbean heritage, of whom she was the lone female, and only one without formal training (quite an intimidating reality for her). Her works were received with amazing positivity and commissions began to come in. She went on to create her first masterpiece in oils called De Dance, which was inspired by Ernie Barnes’ Sugar Shack, specially tailored to the client’s request. The piece took a year and a half to complete and was comprised of three 36" x 48" canvas panels that make up the whole scene.

Several very small shows followed. Her work was shown in Harlem, New York in 2007 alongside works of writers and poets, at an exhibit of international artists in New York. Her piece Accent, a textured abstract 36 x 48 and also fused with 24 ct. Gold, was shown for the Caribbean Heritage Month celebrations held by John Liu, the then NYC Comptroller. But in 2010 Alicia after resigning her position in corporate, she exhibited in two larger shows in New York and Atlanta. Her piece Nina Speaks, a portrait of Nina Simone 'High Priestess of Soul' done in oils and fused with 24 K Gold, was shown at the curated exhibition, The Nina Simone Experience in Atlanta and was bought by Lisa ‘Simone’ Kelly, daughter of the renowned singer song-writer/activist. The ball really started rolling for Alicia.

Then, Alicia was blessed with the birth of her daughter, Zoe in 2011, and naturally, all else was put on the back burner.  However, she is now back on the canvas (literally and digitally) equipped with a Bachelor’s Degree in Media Arts and Animation and she shares her knowledge and talents with the children she teaches at Catholic school.

She is also actively taking commissioned requests once again, as well as showing in galleries. In August 2018 she showed at the Van de Plas Gallery in New York. She was one of two featured visual artists for the Delta Sigma Theta Soroity's Women In The Arts gala. And she hosts various paint night events throughout the year. Her most recent and first Solo showing, Paintings In The Garden (September 2019), was a huge success with patrons coming out not only to savor the work, but also to give to the cause, helping homeless people.